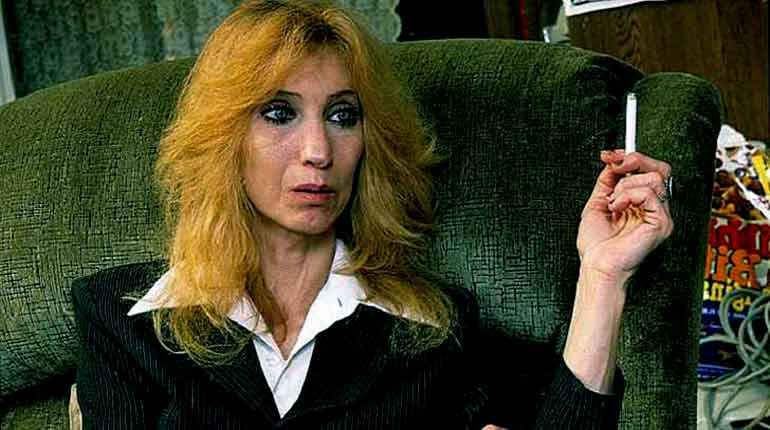 Deborah R Nelson Mathers is popular as the mother of rapper Marshall Mathers III. Most of his fans know Marshall by his stage name Eminem, one of the biggest superstars in the music business. Eminem’s mother Deborah, was married to Marshall Bruce Mathers III before their marriage ended in a divorce.

Deborah, also known as Debbie, was born to Bob Nelson and Betty Hixson on January 6, 1955. She is an American and belongs to white ethnicity. She faced a lot of problems when she was a child. Unfortunately, when she was little, her biological parents divorced. Not long after that, her mother went on to marry again. Her stepdad used to assault her physically.

She also had a lot of problems with her step-siblings. Deborah R Nelson Mathers has four other siblings named Ronnie Polkinghorn, Betty Renee, Todd, and Steven.

Ronnie committed suicide, and Todd was jailed for killing his brother in law. Steven is a stroke patient, while Betty Renee is working as a housekeeper at Eminem’s mansion.

Eminem’s Troubled Relationship With his Mother

Millions of people know Deborah R Nelson Mathers because of her son. Eminem is one of the richest American celebrities who defied all odds to become one of the world’s top rappers. He starred in his popular movie “8 Mile”. The film won the Academy Award for the Best Original Song “Lose Yourself.”

However, her son has been speaking negative things about her in his songs. Despite this, she has authored an autobiography, “My Son Marshall, My Son Eminem.”

The main reason for her penning down her book was to set the record straight on her love-hate relationship with Eminem.

From Eminem’s lyrics, we can conclude Debbie and her son have never had a great relationship

Most of Eminem’s songs portray a troubled relationship with his mother. He rapped awful things about his mom.

In his song ‘My name is,’ Eminem claims that he lived a lie during his childhood. Moreover, he confesses that his mom does more dope than him.

The lyrics of Eminem’s song ‘Marshall Mathers’ are worse. He refers to his mom as a ‘fucking bitch mom.’ He further condemns her for suing him for $10 million.

According to Eminem, her mother kind of wants a refund. This is probably for the dope he stole from her when he was little.

On the song ‘Cleaning out my closet,’ Eminem confesses that he frequently saw his mom taking drugs. Also, his mother frequently sprinkled drugs in his dishes.

In addition, his talks in various interviews portrayed how much he hated his mother. Because of this, Eminem’s mother filed a $10 million defamation suit against him.

Not only that, she released a record ‘Set the record straight.’ In the record, she states that Eminem should apologize to her. Also, she admits that she never raised her son right.

She never questioned anything that Eminem did. Although she admitted that she was wrong all along, she stated that it was wrong for Eminem to say hurtful things to him.

Finally, Eminem admitted that he was wrong all along. In 2014, he apologized to his mother. He did so through the song ‘Headlights.’

The two met in Lancaster High School. They were school mates. After some time, Deborah dropped out of school at her early age of 15 to marry Marshall Mathers II.

She got married at such a young age as a way to go away from home. When she was 17 years old, she became pregnant and gave birth to Eminem.

Nelson battled mental illness. She used her mental state to fake her children’s illness to gain support and sympathy. When Eminem was 18 months old, Marshall Mathers II divorced her. He moved to California to start a new family.

Due to Debbie’s mental issues and drug abuse, her son Eminem had gone through physical, psychological, and verbal trauma.

Eminem tried connecting with his dad when he was a teenager. He sent several letters to his dad. However, his dad never wanted anything to do with him. He always sent the letters back as return to sender.

As a result, Eminem ended up so much hatred towards his dad.

In 2001, his dad tried to reconnect with him. At that time, Eminem was no longer interested in knowing about his dad. He believed that his dad was trying to reach out to him due to his risen fame and wealth. They never saw each other again.

The book documents Deborah R Nelson Mathers’s life. Also, the book discloses that Eminem’s story was a way to gain fame. Some of the things he said was a lie. Not everything is true.

Deborah was sued by Neal Alpert before the book was released. This is because she did not give him a 25% profit for helping her in authoring the book.

As aforesaid, Debbie Nelson Mathers is the mother of an award-winning rapper Eminem. She is mother-in-law to Kim Scott, Eminem’s former wife. Also, Nelson is the grandmother of Hailie Jade Mathers (Eminem’s daughter).