Home
Articles
Eminem Net worth – Story of How Eminem Went From Rags to Riches. 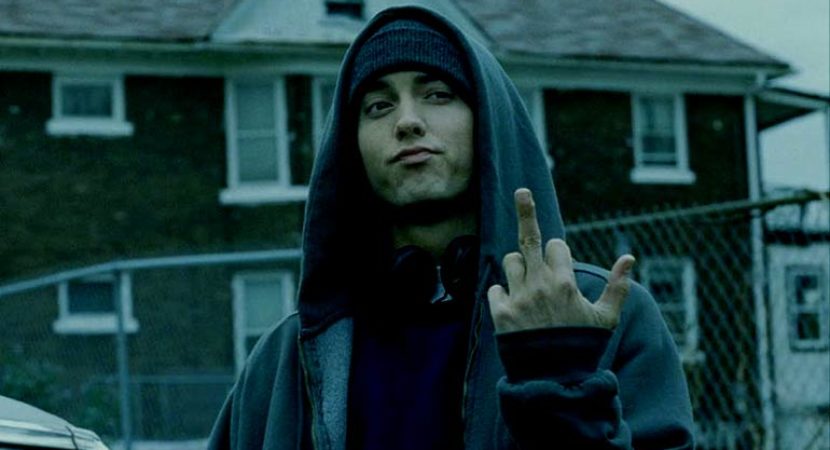 Marshall Bruce Mathers III, known to all by his stage name Eminem, is a hip hop artist, record producer, songwriter, and actor. The self-styled gangsta rapper hails from St. Joseph, Missouri. He became one of the world’s leading rappers with the D12 Group in the early 1990s. Read on to know about Eminem’s net worth. The story of how Marshall Mathers came from nothing and became one of the richest hip hop artists of this era.

Eminem is one of the biggest names in rap music. The controversial white rapper broke into the mainstream music scene in the 2000 Grammy Award, with his second studio album “The Slim Shady LP.” The album won the 42nd Grammy Award for the Best Rap album. He also won the award for the best solo rap performance for “My Name Is.”

Before getting into Eminem’s net worth, let’s first know his early life.

Eminem was named Marshall Bruce Mathers III. Eminem was born in 1972, 17th October in St. Joseph, a suburb of Kansas City, Missouri. He grew up as the only white boy in a black neighborhood on the east side of Detroit.

His parents Marshall Bruce Mathers II and Deborah married in 1972. But three months after the birth of Eminem, his father left him and his then seventeen-year-old mother. The dad moved to California to start a new family. 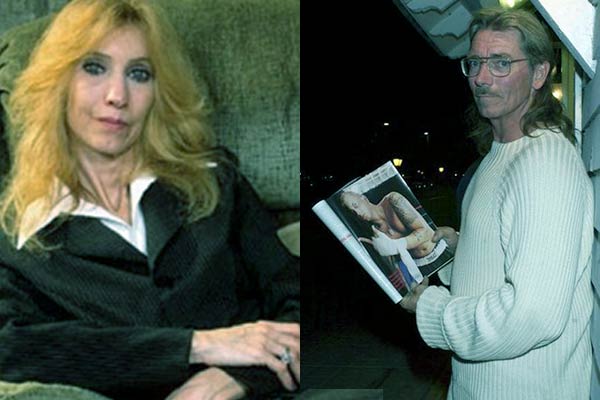 Deborah often moved from one city to another, rarely staying in one neighborhood for more than two years. For this reason, the little Eminem was hardly able to make friends even in school.

At the time, according to later statements by Eminem, his mother was said to be addicted to drugs and alcohol.

The relationship between the two has never been pleasant, and indeed the singer has repeatedly accused her mother of having been irresponsible. Debbie would often kick him out of the house and neglect him. The rapper blamed his mother for his drug addiction in one of his tracks.

Eminem was also a victim of racially motivated beatings when his family was living in Detroit. Despite the challenges of growing in a black neighborhood as a white boy, he fell in love with rap.

From time to time, he participated in the underground rap Battle in Detroit. And after he dropped out of high school at the age of 17, he did everything to earn a living.

He entered into a relationship with his high school classmate Kim Scott. The relationship led to the birth of a beautiful baby girl Hailie in 1995.

In 1999, Eminem released the album “The Slim Shady LP,” which was on the mainstream music stage. The album sold more than 280,000 in the first week and aired the second place in the US Billboard. Today, this album has sold more than 18 million copies worldwide.

In April 2006, Proof, who led and encouraged him to get into the world of rap, was shot and killed in a bar fight. Eminem heard the news of Proof’s murder with shock. He shed tears in front of the public for the first time.

Career details that Gave Eminem a Huge Net Worth.

In 1997, Eminem first released the album “Infinite” in his capacity. In the same year, Eminem won the 1997 Freestyle Performer of the Year on Rap radio show “Wake Up Show” and eventually won the runners-up in the freestyle competition of the Rap Olympic Games held in Los Angeles.

His first album was appreciated by the award-winning record producer Dr.Dre (the founder of Beats by Dr. Dre). Dre insisted on signing him under his record label, Aftermath.

This was a crazy move at the time. No one dared to sign a white Rapper with no background in music. Dr.Dre has also been discouraged by many people. 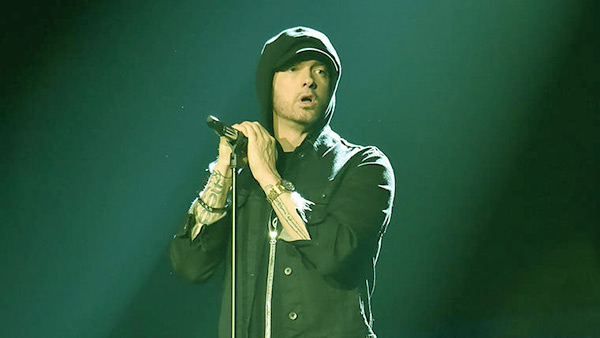 In 1998, Aftermath record company signed Eminem and his second album “The Slim Shady LP” was released.

In February 2000, Eminem won the 42nd Grammy Rap singer and best Rap album with the album “The Slim Shady LP.” In addition to the two awards, Eminem also sang the song “Forgot About Dre” with Dr.Dre, which won the Best Rap Performance Award. His album “The Marshall Mathers LP” was released in 2000.

On February 21, 2001, Eminem won the 43rd Grammy Award for Best Rap Album with his album “The Marshall Mathers LP.”

In 2002, Eminem starred in his first Hollywood movie “8 Miles”. The artist sang “Lose Yourself” in the film and won the Oscar for Best Film Song Award. In the same year, Eminem launched his third album, “The Eminem Show.” The album topped the Billboard 200 album chart that year.

On February 23, 2003, Eminem won the 45th Grammy Award for Best Rap Album with the album “The Eminem Show.”

In February 2004, Eminem won the 46th Grammy Award for Best Male Rap Solo Performance and Best Rap Song with the song “Lose Yourself.”

In October 2008, Eminem’s autobiography “This is me” went public, and his sixth album, “Relapse,” was released at the end of the year. “Relapse” is Eminem’s fifth consecutive album to win the Billboard 200 album chart in the first week of the list.

In 2011, “Love the Way You Lie” by Eminem featuring Rihanna won the best song of the year.

In 2013, the first YouTube Music Awards Ceremony was held in New York. Eminem was named the Artist of the Year

In June 2014, Eminem became the first musician in the history of the Recording Industry Association of America (RIAA) to win two digital single diamond awards. His digital sales and network traffic exceeded 10 million.

In February 2014, Eminem won the 57th Grammy Award for Best Rap with “The Marshall Mathers LP 2”. Also, he won the Grammy Best Rap Performance with the single “Monster” with Rihanna.

In his track “rap god” Eminem raps 1560 words in 369 seconds (average 4.22 per second) Word). Eminem’s talent and effort are unquestionable.

Today, Eminem is one of the best Hip Hop artists of all time. He has worked with nearly every popular American rapper you can think of. This includes the likes of Drake, Lil Wayne, 50 Cent and Rihanna.

As of the time of writing this article in 2019, Eminem net worth is estimated at around $190.

On the private side, Eminem has a daughter Hailie Jade born on December 25, 1995, from her union with his high school sweetheart Kimberly Anne Scott 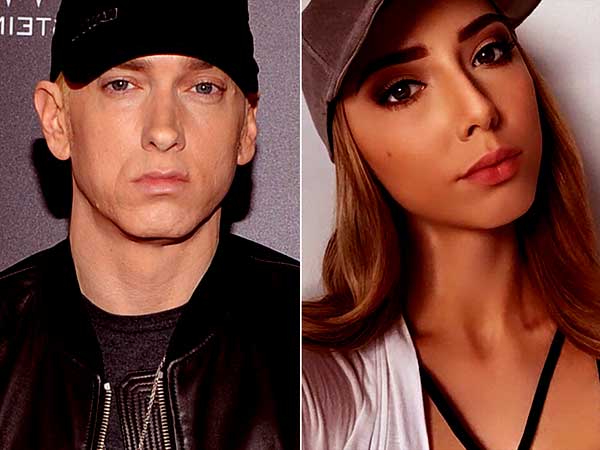 In 1999, Eminem and Kimberly Anne Scott held a secret wedding in Missouri, USA, and divorced in 2001.

Eminem and Kim remarried on January 14, 2006. However, they separated a few months later. The pair agreed to share the property under a private agreement while sharing the obligation to raise their 10-year-old daughter Hailie. 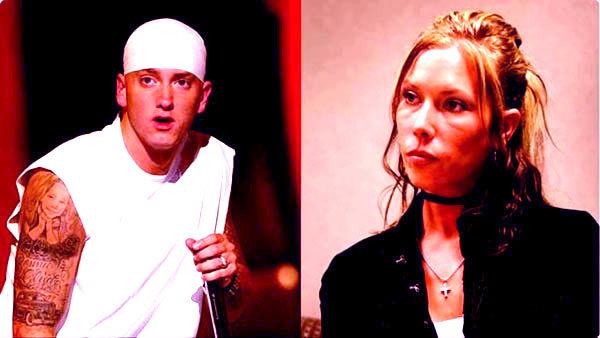 In the past, he often mentioned his daughter Hailie, who is now she is 23 years old.

She graduated from the Department of Psychology at Michigan State University in 2014.

Apart from his relationship with Kim Scott, Eminem has been in high-profile relationships throughout his career.

Many female celebrities have dated the rap god. This list of Eminem’s girlfriends includes Britney Spears, Mariah Carey, Karrine Steffans, and a former adult film star Gina Lyn. There are also unconfirmed rumors that he is currently dating Nicki Minaj.

Eminem Net worth, Sources of Income.

Eminem has a net worth of about $190 million, according to Celebrity Net Worth. His net worth comes from multiple sources. These sources include album sales, business deals, endorsements, merchandise sales, producing, and acting. 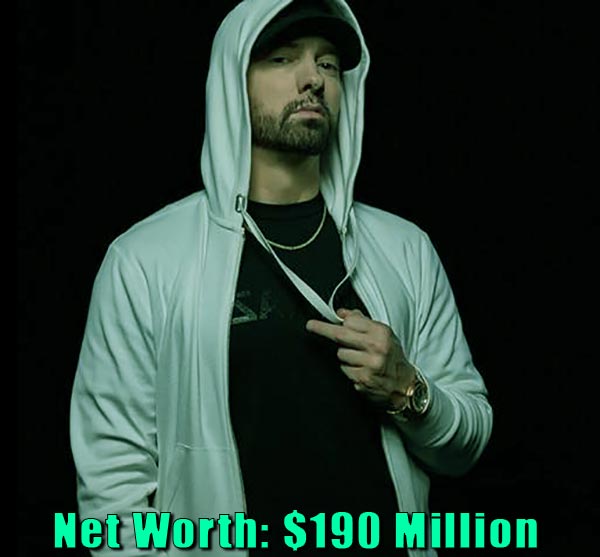 Rapper, Eminem net worth is $190 million

In 2012, he raked in approximately $10 to $15 million from several performances and album sales. Later, in 2015, he earned $30 million after he partnered with Rihanna for a concert tour. In 2016, the rapper made $11 million from tours and sales of his classic hits.

Apart from rapping, Eminem is a philanthropist. He donates charity organizations in Detroit, such as the “Excellence in Detroit.” Marshall also donates to food banks regularly.

Eminem also released a movie titled “8 Mile”. The film talks about his rise from rags in a poor neighborhood in Detroit. The movie has earned over $242 million in global sales.

And unlike other hip-hop celebrities in America, Eminem doesn’t flaunt his wealth. Popular rappers like Birdman and Rick Ross have never been afraid to flaunt their wealth.

He stayed with his single mother in various states before settling down in Detroit. The rapper started rapping in high school before dropping in the ninth grade to follow his music career.

The award-winning hip-hop artist has one daughter, Hailie. Eminem’s net worth in 2018 is estimated at $190 million.