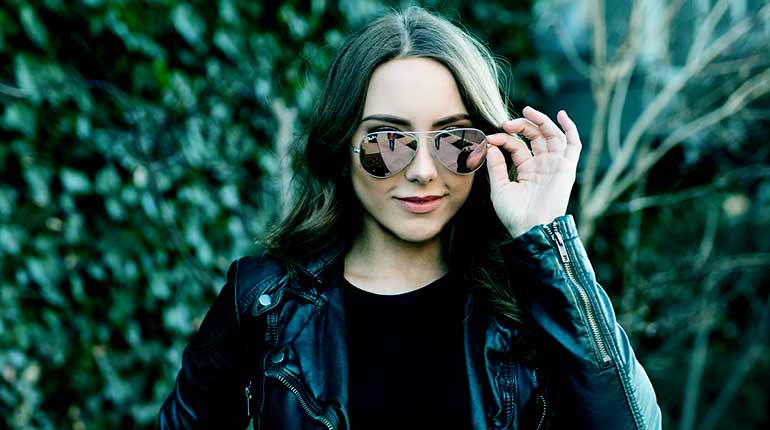 If you listen to Eminem, you’ve probably heard the name Hailie Mathers pop up a few times in his music. You may also have noticed love songs of a non-romantic nature where Eminem pours out his heart or talks about being a dad. These songs are about his daughter Hailie Jade Scott Mathers.

In case you’re wondering if Eminem’s little girl is single, we hate to break it to you. It seems like she’s in a relationship. She hasn’t revealed his name, but we know they spent her 21st birthday and St.

Patrick’s Day 2017 together as Hailie Jade Scott Mathers posted pictures on her social media stating how lucky she was to have him in her life.

Haile has a Christmas birthday! She was born on December 25, 1995, a Capricorn. She’s 23 years old now. Seem like Eminem got the best Christmas present any dad could ever ask for.

You already know her dad is the famous Marshall Mathers (Eminem). Her mum is Eminem’s ex-wife Kimberly Ann Scott.

Her sisters are Alaina Mathers (who’s her cousin and Kimberly Mathers who has a different father, but Eminem officially adopted them both, so they all share the same last name.) and Whitney Scott Mathers.

Eminem Daughter Hailie Jade Mathers went to public school at home in Michigan Chippewa Valley High School. She seems to have had a normal childhood for the daughter of such a big star.

She was also crowned homecoming queen and both her parents were in attendance, although her father had to watch from the school cafeteria so he wouldn’t steal attention from her.

Eminem Daughter Hailie Jade Scott Mathers is currently in college at Michigan State where she is a sister in the Zeta Tau Alpha sorority.

She’s not only a star student, but she also holds a place in the Guinness Book of Records. That’s right! If you recall the hit “My Dad’s Gone Crazy” he voice is the hook of the song, and she’s credited on the song.

She was just six years and 210 days old when she entered the Guinness Book of Records as the Youngest R & B entrant.

Hailie Jade Mathers aka Hailie Scott, is Eminem’s daughter with his ex-wife Kimberly Ann Scott. She is his first child.

Well, you already know that Hailie Jade is a beauty with brains who’s had a grounded upbringing close to home. What else is there to know about her?

trying to get to this last picture was nearly impossible ? >>> swipe to see a pic that may never happen as perfectly again

Well, Hailie Scott has a cute little sassy puppy named Lottie who she adores. She goes by her mother’s surname Scott most of the time, perhaps to allow for a little bit of privacy and avoid all the media. She has a best friend as well, we don’t know what her name is, but we know they always have each other’s backs. Now that’s sweet

One thing we love about Hailie Jade Scott Mathers is her style. Not only is she gorgeous, but she also knows how to put an outfit together. She knows how to rock a number of looks.

From jeans and sneakers to a cocktail dress and heel, she looks amazing no matter the look. With her brown-blonde hair and blue-green hair, it’s no wonder is always in full defense mode and keeping her life out of the spotlight.

She has been impersonated many times on Twitter, and a few of these imposters have even tried to stir up trouble. Right now, her only social media account is her Instagram (which hasn’t been verified yet).

Comments were originally disabled on the account, but she enabled them in December 2017. It seems she prefers to stay out of his spotlight, she posts on Instagram now and then but never really reveals much

Bonus fact: Her dad chose to raise her in a profanity-free household, stating that his art his separate from his personal life and his job is to raise his kids the best way possible.

Hailie Scott doesn’t seem to have the habit of partying and serial dating like most celebrity daughters or getting involved in petty fights and scandals. Eminem can be proud of his little girl.