We’re often not only curious about celebrities but also their personal lives, their families and much more. Some of them have siblings who are just as famous; others have siblings who prefer to stay out of the spotlight. Many have family members who do nothing but cause trouble and file lawsuits.

You may or may not have heard of Nathan Mathers aka Nate Kane, Eminem’s (Marshall Mathers’) younger brother.

Nathan Mather’s is Eminem’s stepbrother. Although they have different fathers, the siblings are very close to Eminem playing a big role in raising Nathan. Born Nathan Kane Samara he officially changed his surname to Nathan Kane Mathers in early 2018.

Are you Wondering if Eminem’s brother Nathan Mathers single or not? Well, we discovered that Nathan is in a relationship and is engaged to Ashley Withey.

The couple first met in 2002 when Nathan Kane was 16, and they became engaged in 2016. Ashley is also the mother of his son Liam and lives in Michigan as well.

After much digging, we also discovered that the couple plans to tie the knot in May of 2018 right at home in Michigan.

His parents are Deborah Nelson Mathers and Fred Samara Jr. His older brother is Marshall Mathers (Eminem). He also shares step-siblings with Marshall, a brother, Michael and a sister, Sarah.

The artist slash actor has a son named Liam Kane with his fiancée Ashley and is very involved in his life, often calling him his best friend.

The rapper is constantly talking about how much he loves his son and features him all over his social media pages. Seems like he learned how to be a great father from none other than Slim Shady. He is also close to Slim’s daughters, Hailie and Alaina.

Eminem’s brother Nathan Kane maintains a close relationship with his brother and goes with him on tours as well as supporting his craft and attending his shows as well as promoting them on social media.

Born on February 3rd, 1986 and is 33, he is an Aquarius. He is 14 years younger than his brother, who is now 46.
His parents are Deborah Nelson Mathers and Fred Samara Jr. He was born in Kansas.

Nathan Mathers is an artist, producer, personal trainer, songwriter, and actor. As an artist, he has gained attention for songs like “Slide on Over” and “Shadow of a Celebrity.”

Although there is some influence from his brother Eminem, he has his original style. Many think that “Shadow of a Celebrity” refers to him living in the shadow of his superstar brother. He performs with the alias Nathan Kane, perhaps to separate himself from his brother.

As an actor, he has appeared in “Without Me” music video, and he can be seen in some of Eminem’s other music videos.

He is set to star in crime thriller Devil’s Night: Dawn of the Nain Rouge as Detective Liam O’Connor in 2019. It will be his film debut and Michigan residents, as well as his fans and fans of the Nain Rouge, are excited to see it. 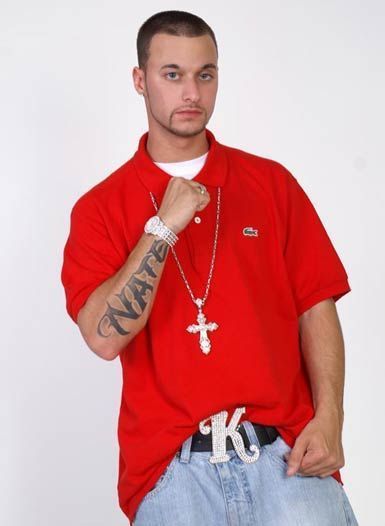 As we mentioned before, Eminem played a big role in raising Nathan. Brought up by his big brother, Eminem became Nathan’s legal guardian after their mother, Deborah Mathers put him into the foster care system.

Having a pretty clean record, the rapper has only been involved in one notable incident. He was charged with driving under the influence in 2009 where he failed a breathalyzer test, and his intoxication levels were twice the legal limit, he, however, did not face jail time and was set free on bail and probation.

Other than that, Eminem’s brother Nathan Mathers maintains a clean record and has not been involved in any serious cases with the law or any controversy online or in the media.

It seems like he prefers to keep a low profile, his brother sure did a great job of raising him. Well then, Slim Shady always does a great job when raising kids.

We noticed that he is a fitness enthusiast and a vegan, often sharing pictures of his latest shakes and vitamins on his Instagram page.

He is also a fan of video games, and he seems to prefer PlayStation as his gaming console.
A resident of Michigan, USA and is a fan of the Detroit Lions.

Nathan Mathers has brown hair and blue eyes and has a visible tattoo on his neck with more on his arms and fingers.